The British General Election of 2017 is now over. On April 18, when the Conservatives had a poll lead averaging 20%, it was called by Prime Minister Theresa May allegedly to reinforce her position in the upcoming negotiations on Brexit. 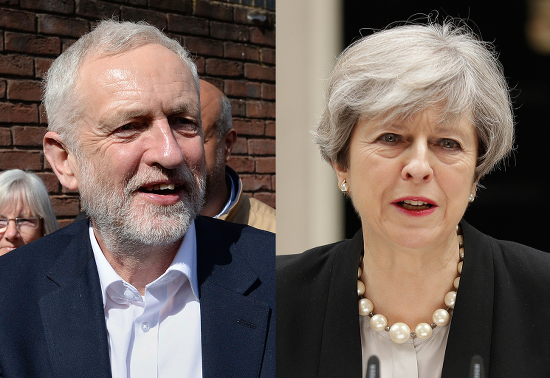 Having supported (faintly) Remain as part of the Conservative government in the June 2016 Referendum, May argued she needed a new mandate to lead a ‘British Brexit’.
Of course, the election actually had two other aims:
(1) Secure May’s own position within the Conservative Party for at least the next five years – against the strongly Brexit Tories who felt they were denied the premiership last June; and
(2) Secure a massive Tory majority over an internally-divided and weak Labour opposition.

By June 8, however, the political landscape had changed. May did not secured either of her objectives.

This meant May needed to form a minority government supported by the protestant Democratic Unionist Party of Northern Ireland to secure a majority of the 650 MPs.

It is almost certain now that during the period of the Brexit negotiations (to be completed by March 2019) there will either be a new Tory leader, or a new General Election, or both.

Three unpredicted developments had occurred: two major terrorist incidents produced conflicting narratives; the Conservative Party’s focus on the personal authority of the new Prime Minister had become problematic; Jeremy Corbyn and Labour’s redistributive Labour Manifesto, were much more effective and popular than anyone had imagined possible.

The result was an amazing electoral recovery for Corbyn’s Labour Party. Its share of the poll was 40% with 12.9 million votes. The total Labour vote was just half a million less than in Tony Blair’s electoral victory of 1997. This was an increase in vote share of 9.5% over the 2015 General Election.

For the first time I found queues of people waiting to vote. And this happened because young people 18-24 were mobilised to vote by Corbyn. Their turnout was 72% compared with 43% in 2015.

The terrorist attacks normally play hugely into the hands of the ‘law and order’ political right. May, as prime minister, did immediately get massive publicity boosts. 55% of the public were supposed to think she is a ‘safer’ pair of hands over security than the 33% who consider Corbyn is. However, Labour’s criticisms of public sector austerity cuts to the emergency services – which included losing 20,000 police since 2010 – partly countered this. As did Labour’s pledge to increase police numbers by 10,000, and fire-fighters by 3,000.

Trying to avoid reference to its poor record in government since 2010, the Conservative strategy was to focus solely on the Brexit negotiations. A ‘strong and stable’ Theresa May was facing by a ‘weak’, ‘old’, ‘out-dated’ Jeremy Corbyn. Yet May’s refusal to debate with Corbyn and two huge policy holes over how much older people should individually pay for care, and a promise that the wealthiest would not have to pay any more income tax, made her look less confident and less fair than her image-makers wanted.

Labour’s election campaign, by contrast, was highly successful. Corbyn had been challenged by Labour’s centre-right Members of Parliament the day after the June 23 2016 referendum on the basis that he was incompetent and too left-wing and had not campaigned actively enough for Remain in the referendum (despite 63% of Labour voters voting Remain compared with 42% of Conservative voters). Despite his then winning by an even bigger margin in the second Labour leadership election campaign in a year, many of the Labour Blairites kept up a continuous barrage of public criticism of him, hoping to force him to resign. These attacks continued up to and even beyond the calling of the 2017 General Election.

However, Corbyn responded calmly and inclusively. He spent three weeks touring the country mobilising Labour supporters around the redistributive values summarised in his slogan, ‘For the Many, not the Few’. Once the election law requirement to give Labour equal exposure to the Conservatives on television and radio was triggered, he was also able to reach much wider audiences. The demonisation that had characterised his and Labour’s treatment by 90% of the UK newspapers and by Sky News began to lose its effect.

The differences in policies, rather than Brexit negotiations, started to come to the fore.
Labour’s Manifesto was important. Its core argument was popular: austerity could be ended by increasing income tax on the wealthiest and rolling back the corporation tax cuts that had been introduced by the Conservatives. Labour promised to re-introduce the 50p rate of tax on the highest earners (above £123,000) and to introduce a new rate of 45p in the £ on those earning £80,000 and above. It also pledged to renationalise the UK’s nine private water companies and the railway operators when their franchises expired, and to reverse the privatisation of Royal Mail.

The content of the two manifestos concerning work illustrate well the difference in approach between the two parties.

Labour’s Manifesto provided considerable detail. A four-pronged series of measures would use the public sector, general legislation favouring trade unions, employment regulations and the extension of workers’ rights to improve working conditions. It would:

• End the public sector pay cap
• Roll out maximum pay ratios of 20:1 between the highest and lowest paid in the public sector
• Use public spending power to drive up standards, including only awarding public contracts to companies which recognise trade unions

• End zero-hours contracts to guarantee workers a fixed number of hours each week
• Introduce four extra public holidays each year
• Raise the minimum wage to at least £10 per hour by 2020, boosting the wages of 5.7 million people
• Ban unpaid internships
• Clamp down on bogus self-employment, shifting the burden of proof on self-employment (the Uber jobs issue), so the law assumes a worker is an employee unless the employer can prove otherwise.
• Extend rights of employees to all workers – including shared parental pay

• Abolish employment tribunal fees – so that people have access to justice restored
• Give all workers equal rights from day one, whether part-time or full-time, temporary or permanent

The Conservative Manifesto, in contrast, argued that ‘Capitalism and free markets remain the best way to deliver prosperity and economic security, lifting millions of people out of poverty around the world’.

On workers’ rights it promised to:
• Increase the National Living Wage to 60% of median earnings by 2020
• Ensure people working in the ‘gig’ economy are properly protected (after a report is finished on how to do this)
• Change the law to ensure listed companies nominate a director from the workforce, create a formal employee advisory council or assign specific responsibility for employee representation to a designated non-executive director
• Introduce a right for employees to request information relating to the future direction of the company.
• Take measures to close the gender pay gap. We will require companies with more than 250 employees to publish more data on the pay gap between men and women.

On the consequences of Brexit, the Tory Manifesto is deliberately obscure. It states:
‘Workers’ rights conferred on British citizens from our membership of the EU will remain’ and claims that its Great Repeal Bill will ensure ‘the rights of workers and protections given to consumers and the environment by EU law will continue to be available in UK law at the point at which we leave the EU’ (my emphasis).

But it goes on to say: ‘Once EU law has been converted into domestic law, parliament will be able to pass legislation to amend, repeal or improve any piece of EU law it chooses’.
In other words, the Conservatives are not promising to maintain workers’ rights or environmental protections indefinitely.

The most positive result of this General Election was that tens of thousands of young people did get out to campaign for the Labour Party and Corbyn. All the opinion polls agreed that Labour’s redistributive policies were far ahead among younger people – so when they went to vote they voted Corbyn.

Walking in working class North London with a Labour sticker on my lapel on election day one group of black teenagers asked my group if we were ‘Corbynistas’. ‘We’re only voting Labour because of Corbyn’ they shouted up the street.

There is more hope. And Blairite (Labour centre-right politicians) have been dumbfounded by the readiness of voters to consider renationalisation and redistribution.

But there are also negatives. First, the fact that Labour started off so far behind the Tories was avoidable. By refusing to work with the elected Labour Party leader many of the MPs effectively sabotaged what might have been a real opportunity to re-orientate the UK away from US style capitalism towards a more social form of capitalism, closer to the mainstream European one.

Second, terrorist attacks clearly create insecurity and stoke up xenophobia and racism.
The combination of a further period of further right-wing British Conservative government in an increasingly uncertain world make it difficult to see a way forward for economic and social democracy and for a strong cohesive Europe.