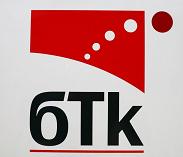 October 2008: BTK managerial team respond to the order of mother company AIG to transfer 400 million levs (200 million Euro), paid as dividend for the first nine months of 2008. Just a few month after, the mother company  became 80% state-owned, following the anti-crisis plan of the US government.

The story of BTK is a clear example: first, for the growing interest of international market players in high-techs corporate sales in the period 1995-2007; second- for the destructive results of accelerated restructuring for employment and social dialog. Initial privatization began as early as 2003 ; since that moment, the former Bulgarian state-owned company went through four consecutive privatizations. Nobody predicted this final transfer of property rights…

The decision to privatize Bulgarian Telecom was based on parliamentary discussion for privatization of the big state companies in the strategic sectors like telecommunications, energy, transport etc. Social dimensions like collective bargaining, social protection, limitations for massive dismissals etc. were included in the parliamentary document.

Viva Ventures, specially created  daughter company of American edge fund Advent , was regarded to be the favorite candidate for the bulgarian government- never mind some European strategic investors were involved in preliminary talks. To sell a Telecom with: almost 2 million household clients; national coverage; developed infrastructure; assets, estimated up to 1,5 billion Euro – all these for the price of 250 million Euro- is a deal, which surely needs special attention…

A few month later, Bulgarian government kept silent when transitional buyer Thor Björgólfsson, without waiting three-years-ban for any future transactions, managed to acquire majority shares and soon after the deadline sold out BTK to AIG. This transitional owner succeeded to sell Bulgarian Telecom to AIG  at a price 4,5 times higher than the initial one.

In the case of BTK, restructuring is used as a tool to enable quick ownership transformations and increase profit from multiple transfers of property rights. This is really a sophisticated mechanism, designed globally and applied locally for so called big privatization in the transition economies.

One of the peculiar group of losers could be American workers and pensioners, who contributed to Advent – a fond, which broke the law, forbidding such institutions to invest more than 5% in deals like BTK privatization.

Meanwhile Bulgarian government, holding the golden share of BTK, is well behind the events. It is waiting for 100 million levs /50 million Euro/ depth to be paid by BTK owners / who of them is not clear/. How financial relations, left behind multiple/speculative privatization will be arranged during the global crisis- is an open question.