On Monday, June 8, the government announced the modalities for the gradual extension of retirement age to 67 (from 65). It will concern all trades. However, there may be a longer transition period for seniors who performed "arduous labor." The social partners have until October 1 to present an alternative. 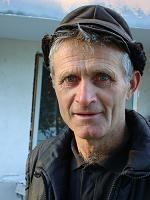 On Monday, June 8, the government presented the modalities for the extension of retirement age to 67 over 15 years. This unpopular reform was decided in March. We don’t know when it will be enforced. The social partners have until October 1 to present an alternative to solve the thorny problem of pension funding. However, it is rather unlikely that this alternative will be successful.

Everyone to work until 67. With a memorandum setting the principle of absolute equality, the government shows its resoluteness. There will be no exceptions, everyone will be affected, even those with very demanding physical jobs. "Which job can be performed until 65 but not 67?" asked Piet Hein Donner, Christian social democrat Minister for Labor and Social Affairs, when presenting his plan. The latter would only make one compromise: prolong the transition period for seniors who performed harder jobs. The social partners will have to agree on the definition of these hard jobs and the government will not step in.

Unions criticize a plan that is "too strict." To the list they will send the Ministry of Labor and Social Affairs, the social partners will have to add an action plan, for every sector, which will be included in collective agreements, to reduce the demanding side of these trades and avoid any future exceptions. Some of the measures envisaged are: more flexible working conditions or continuous training programs to encourage the employees concerned to take another job during their career. The Federation of Dutch Trade Unions (FNV, largest union in the country) is opposed to this plan, "too strict, without any concern for what happens in society." Wilna Wind, FNV spokesman, dislikes the fact that the memorandum contains the prospect of retirement after 67.