Workplace design : from the Taylorist factory to the networked office

The inner workings of the workplace are mysterious and complex, but for Jeremy Myerson, the best way to peek into its intricacies is to examine its design. The kind of space that is provided to the workers, its hierarchical organization, the furniture that is chosen… all of these are clues we can use to better understand this environment. As the director of the Helen Hamlyn Center for Design at the Royal College of Art, Professor Myerson shares with Metis his theories on the transformation of the workplace in the West. 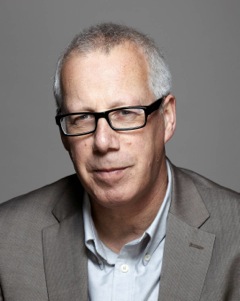 How would you characterize the evolution of the workplace in the last 150 years ?

For me, the workplace has undergone three waves of changes that still overlap today. At the end of the 19th century, we witnessed the emergence of the Taylorist (after Fredrick Taylor) office as an adjunct to the factory, which was at the center of the production system. It was also a period of technological advances, with on the one hand, inventions such as the typewriter, the lightbulb and the telephone that completely changed the way people worked within the office, and on the other, advances in construction that revolutionized the way buildings could be built. These innovations all came together in the workplace with an emphasis on efficiency : they were ways for managers to better command and control their personnel. The office was seen as a machine that could be tuned up to yield better results.

This approach was maybe appropriate when workers were involved in routine tasks, but it is still influential in today’s workplace : for companies, Taylorist offices remain attractive because of the control they allow over time and expenses, even though there is no strong evidence suggesting it is a better way of organizing work.

The second wave of changes took place in the post-WWII period in reaction to fascism and was led by Scandinavians countries, along with Germany and the Netherlands. At a time of full employment companies were competing for workers, which led to the rise of what I call the Social-Democratic office. In order to attract employees, managers did not offer higher wages, but more pleasant work conditions. They saw the members of their staff as humans who had a role to play in the conception of their work life. As a result, the workplace became more collegiate, more pleasant, and more prone to informal relationships. There were also some experiments, with the German concept of Bürolandschaft (office landscaping) emerging in Germany in the 1950s : these architects set up an open office which was meant to foster better communication and collaboration by removing spatial hierarchy. Several companies saw this Social-Democratic trend as an opportunity to build their own « cathedrals of commerce ». In the late 1980s Scandinavian Airlines designed its offices with a central street lined with trees, as well as with a cappuccino bar and a pool.

However this model was far from perfect : critics took offence at its paternalistic mindset (the workplace was designed so workers would want to spend more time there), as well as in the fact companies had migrated from city centres to out of town business parks in order to have enough room to develop their ideal offices.

The rise of new technologies such as mobile phones and cloud computing brought along the third wave of change – the Networked office, where space is seen as a commodity, and where there is a growing uncoupling between the workplace and the work itself. In this model, the office is seen as a place fit for mentoring, training and maybe innovation, while the more routine work can be done from elsewhere if needed. However studies have shown that in today’s knowledge-based economy, two-third of what you do in the office is done entirely on your own, without any contact with your colleagues ! Several companies are thus experimenting on how to manage their  » knowledge workers  » (analysts, paralegals, software engineers, etc.) from afar. We have witnessed the appearance of new practices, such as desk sharing for example, where office desks are a bit like hotel rooms that can be used by several people in the same day. Some managers even get rid of part of their physical offices and let their employees (or their freelancers) work from coworking spaces that are closer to their homes or to the city center, and thus more tailored to the workers’ demands. This is part of an overall trend of thinning down of the office : there are no more big wires, no more fat PCs, no more servers, smaller furniture, less hierarchy, and several aspects of the workplace, such as cleaning and security, are increasingly outsourced.

How does this translate in today’s society?

Today, we still have to different degrees examples of these three types of offices throughout the world. The Social-Democratic model is paradoxically still very present in some technological companies such as Google, for example. It is also important to understand that while taylorist offices were very centralized and controlled, the work itself was limited to the time during which one was at his workplace. For most types of work, working from home or from anywhere else on weekends was simply not possible : the workday had a definite start and end. In the networked office, the work is fragmented, even outsourced when possible, but it is very much controlled through the ever-present use of metrics in all of its tools. A manager can know how much time an employee has spent on social networks on any given day the latter spent on the office computer, or the exact time at which he came into work that same morning.

If the social-democratic model was influenced by the post-war sociological context, how do current neo-liberal values influence the design of the workplace ?

If we see the workplace as a struggle between capital and labour, we can say that the relative scarcity of labour in the post-war period allowed for a much higher level of negotiation between workers and managers. Today, that relationship is completely off kilter with digital innovation and the economic crisis taking away an array of jobs, and neo-liberal values ruling society. The study of the workplace is quite revealing in that respect : architects talk to managers and business owners, not users at the bottom of the hierarchy. I was recently attending a conference where business owners were asked that very question. They answered that they did talk to staff, « but not meaningfully. »

Yet this might very soon change given the growing importance of co-working spaces and learning labs, which are taking away some control of intellectual processes away from big businesses. They now provide their users with an array of services that go well beyond a quiet and conveniently located space where they can plug in their computer : meeting rooms, mentoring programs, training opportunities, and the list goes on and on. Some of them are even set up as venture capital funds to invest in new businesses! This may be a way to get the users of the workplace more involved in codesign processes, since the goal of co-working spaces is to satisfy their customers.

How have these transformations affected the work of unions ?

This new organisation of the workplace has very real consequences on what unions can achieve : cleaners and security guards who worked for big companies, for example, used to benefit of the same social rights as the rest of the company’s employees. Now that work is fragmented, trade unions have a much harder time defending the rights of this category of workers.

As a whole, they have always had a hard time getting involved in the process of workplace design, apart from its ergonomic or mechanical aspect : in Denmark for example, they were involved in an effort to provide workers with adjustable sit-stand desks for health reasons. Earlier in history, they dealt with lighting regulations. Today, some unions try to attract the public’s attention on the shift towards teleworking, which is in their opinion a clear attempt by companies to reduce costs at the expense of workers. In a fragmented, globalised, distributed world of work in which place becomes less important, union rights based on the sites of employment are getting harder to hold onto.

Click here to read the translation of this article in French