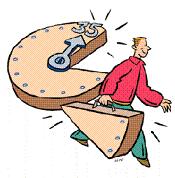 In 2007, average collectively agreed weekly working time in the European Union was 38.6 hours. This is the outcome of the annual survey published by the European Foundation for the improvement of working conditions. The gap between "old" and "new" Member States still remains wide, the report highlights.

The European Foundation for the Improvement of Living and Working Conditions (Dublin) presented, this week, its annual report on working time in Europe. This study, which includes Norway, is based on the contributions from its national centers; it is very comprehensive. The Foundation makes a difference between collectively agreed working time, actual working time, working time per sector, working time as set by law and paid leave entitlement.

Collectively agreed working time. Across the 27 EU Member States, the overall average for weekly working hours fell slightly from 38.7 hours in 2006 to 38.6 hours in 2007. However, there is a substantial 4.5% difference between the old and the new Member States. In the EU15, between 1999 and 2007, average agreed normal weekly working hours decreased slightly (2.1%) from 38.6 hours to 37.8 hours, and has been stable since 2003. The study explained this trend by the fact that working time reductions have not been a prominent bargaining theme. Within the new Member States, the norm is still 40 hours a week, since the rare collective agreements which deal with this do not tend to deviate from the statutory norm. The only exceptions to the 40-hour rule are Cyprus, the Czech Republic and Slovakia, where working time is closest to the EU15, between 38 and 39 hours.

Actual working time. Actual hours worked (without overtime and time-off) slightly vary. Between 2006 and 2007, Europeans worked 1.4 hours more. Apart from Greece, in most countries working hours are higher than the average normal collectively agreed working week (40 hours in the EU27). The gap between agreed and actual working hours is widest, at 4.1 hours, in the UK.

Sectoral working time. These major trends are approximately the same for the sectoral results. The Dublin Foundation surveyed the chemical industry, the retail trade and the central civil service. In these three sectors, working time is defined by collective agreements. In the EU27, the highest average collectively agreed normal weekly working hours were found in retail, at 38.8 hours, followed by chemicals, at 38.6 hours, and the civil service, at 38.3 hours. In the NMS, average agreed weekly working hours are above the EU15, with the widest difference in the civil service (2.3 hours in eastern Member States).

Statutory maximum working time. The report also compares the statutory working week in all EU countries. The countries form two groups: those that set their maximum weekly working hours at the 48 hours specified in the EU working time directive, and those that operate a rather lower limit of 40 hours, or 38 hours in the case of Belgium. Since it is closest to what is provided for by collective agreements, the threshold of this second group indicates a more active role for the law in governing working time. However, the study specifies that regulations applicable to overtime are difficult to compare. Thus, the 40-hout threshold of the second group doesn’t include overtime, while the threshold of the first group does.

Paid leaves. Europeans are entitled to holidays. The report provides a few elements to compare EU paid leave regulations. The average entitlement across the EU27 Member States is 25.2 days. Lucky Swedish workers get 33 days, while the Greeks only get 23. Figures available in some new Member States show that the difference between east and west is still present for paid leaves too. In average, Bulgaria, Cyprus, the Czech Republic, Estonia, Romania and Slovakia get 21.9 days. The average is 26.7 in the EU15.