Fiat told unions that 5.000 white collars in Turin would be placed in Cassa Integrazione in March. The unrest caused by the extension of partial unemployment led to a first conflict in the Naples region. A thousand workers from the Pomigliano D’Arco undertaking, where the resumption of activity has been postponed again, were violently broken up by the police during an illegal demonstration. 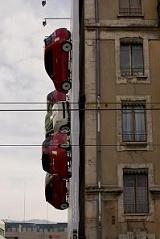 « We won’t solve the Pomigliano D’Arco plant’s problems with the police, or the problems of all of Fiat’s other plants in the country » said Gianni Rinaldini, Fiom general secretary, after the accidents between demonstrators and the police in the Naples region. He went on: « To face the crisis, the government, the company and the trade unions need to talk. »

After fifteen weeks of partial unemployment , the resumption of activity in the Pomigliano D’Arco plant, planned for early February, was once again postponed, to March 9, because of a strike at a supplier’s, causing stocks to run out. On Thursday, February 5, after a meeting in front of the plant’s doors, a thousand workers decided to demonstrate to draw attention to their « tragic situation » because of the length of the Cassa Integrazione, and to ask for guarantees on job security. They were violently broken up by the police while trying to block the Rome-Naples highway with a sit-in. Gianni Rinaldini said that this demonstration is « an obvious symptom of a social situation which is growing more and more unbearable. » Condemning the police, Naples’ Fim, Fiom, Uilm and Fimsic unions asked the government for measures to support workers on a CIG and precarious workers. At the same time, the asked Fiat to clarify its projects for the Pomigliano plant. This economic pole is key to the region, and about 2.000 direct and indirect jobs depend on it. Unions fear – after a remark in the media – that Fiat will shut it permanently down because of the crisis. Gianni Rinaldini called on Fiat to « present an industrial plan on its new models, and therefore on production prospects for its Italian plants, » warning that « any closing hypothesis collides with public measures. In this case, unions and workers would provide a very tough answer. »

On January 22, the group announced a 20% drop in demand for 2009, defining it as «  the hardest year ever. » However, when they met with unions, « no plausible theory to get out of the crisis was put forward » according to the Fiom leader, who said that this meeting was « negative. » On January 23, the group announced the extension of the CIG for the 5.000 workers of the body works plant of Mirafiori in Turin for the last week of February and the first two weeks of March. Another CIG week was also planned for the Melfi (Potenza) factory on March 2-6. On February 4, the Fim-Cisl announced that the group told unions it was appealing to CIG for 5.000 white-collar workers at Fiat Group Automobiles, Fiat Powertrain and Fiat Purchasing, most in the Turin province, for the first two weeks of March. Last week, 2.00 white-collars started the two CIG weeks announced in January. The CGIL’s report on the evolution of partial unemployment in 2008 shows that, during the last fourth-month period of 2008, appeal to the CIG increased of 54.61% compared with the first eight months of 2008 in provinces where Fiat and its equipment manufacturers are located.

On Friday, February 6, the Council of Ministers approved the measures to support the car industry with a €1.500 bonus to replace polluting cars with the purchase of cleaner cars. Giorgio Airaudo, secretary of Turin’s Fiom, strongly criticized this measure because, not only does it not depend on maintaining employment, as unions wished, but these incentives could, he thinks, increase production of 25.000-30.000 cars, at best, «  which is insignificant when considering that a plant like Mirafiori can produce about 700 cars a day » he said.